Women in Bird Conservation and Management! 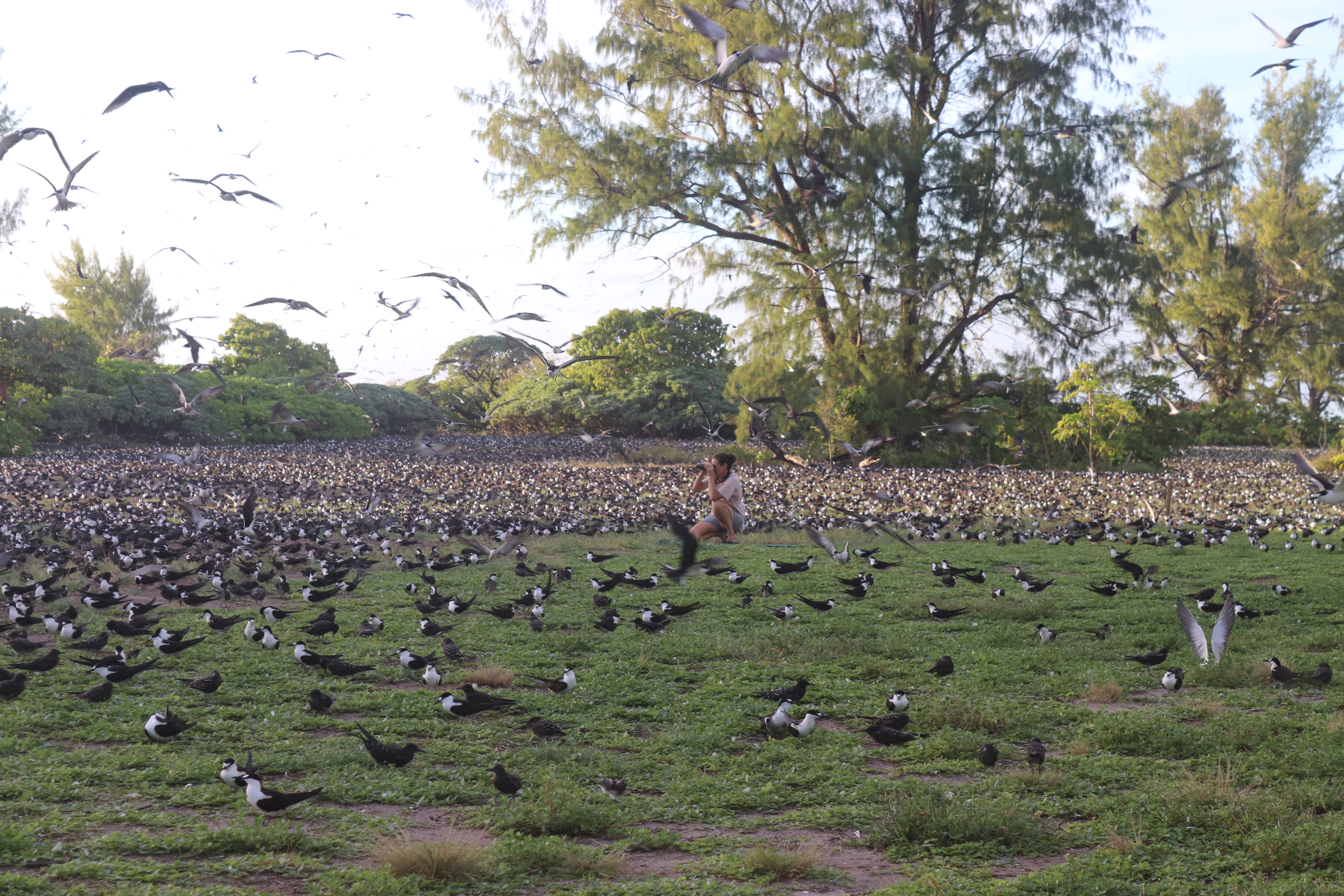 “First use of satellite telemetry on small pelagic and abundant seabirds (juvenile Sooty Terns) to define potential Marine Protected Areas through identification of foraging areas used during the gaining of independence from their parents.”

Her project includes, a Seychellois field assistant, Ms Christine Larose. She has been a key Sooty Tern research and monitoring field assistant for the past 10 years and has excellent seabird field skills including capture, handling, attaching loggers and transmitters to seabirds, retrieving loggers and downloading the data. Another woman benefiting from this project (and who this project is benefiting from by having her participate) is Joana Soares. She is the Conservation Officer at Bird Island Eco-Lodge and has been assisting with the project when the applicant is not on the field by ensuring that sooty terns that have been tagged are still returning to the island; and whether the dummy tags were still in place many days later. There is indeed gender equality in this team! Professor Chris Feare is also, a partner on the project. He has been undertaking research on Sooty Terns in the Seychelles including biology, demography, sustainable exploitation, habitat requirements and remote tracking since the 1970s and brings to this project team undisputed Sooty Tern research expertise including previous use of other tracking devices (GPS loggers and geolocators) on Sooty Terns in the Bird Island colony, and excellent teaching and writing skills (both scientific and popular).

SeyCCAT learned more about the three women and their experience in the field.

All three women have similar beginnings. All three women enjoyed the outdoors as children. Joanna shares that she has always had a connection with the ocean. Before her taking up her degree, she volunteered on conservation projects, in particular, linked to marine conservation and worked with local communities. She particularly enjoys the dynamics of balancing the pillars of marine protection and the needs of communities. She has worked in Costa Rica, Malaysia and the Seychelles. Christine has fond memories of spending her school holidays on Bird Island and she loved that she was surrounded by nature. Her father was a nature lover so she used to spend a lot of time outdoors. In her professional career, she has worked on North Island, Denis Island, Fregate, Silhouette and obviously, Bird Island. Rachel, the lead, sought an adventure in her teenage years and always, enjoyed field work. She undertook a university degree in zoology and had to decide – should she do what she loves, that is, camping, working in nature as a job? The answer was a definite yes! She has worked in Hawaii, New Zealand, Mauritius and Seychelles.

What is not so great?

The three ladies struggled to find something they did not love about their careers, but pointed to the  often frustration from the lack of collaboration and team work, that would help immensely with fighting national and international threats to the natural environment. Joana pointed to the unwillingness of people to share data, even though they were working on the same species or individual. They all called for people to realise that we are all working on the same team and there is a greater need to work collaboratively.

Rachel was able to point to, also, writing final reports as a pain!

Is gender an issue?

Rachel shares that she does not think that gender has been an issue in her career, having started it in New Zealand where there is equality of opportunity.  Admittedly, she says she was working with more men than women at the time but she was very fit and outdoorsy and always pushed herself to outshine many of the men (and athletic Rachel could!) In University, there were just as many women, if not more women than men taking courses in conservation related fields and she currently works with many women on conservation projects, hinting at a change in historical biases. That said, she advises everyone to be conscious of sexual harassment in the workplace. 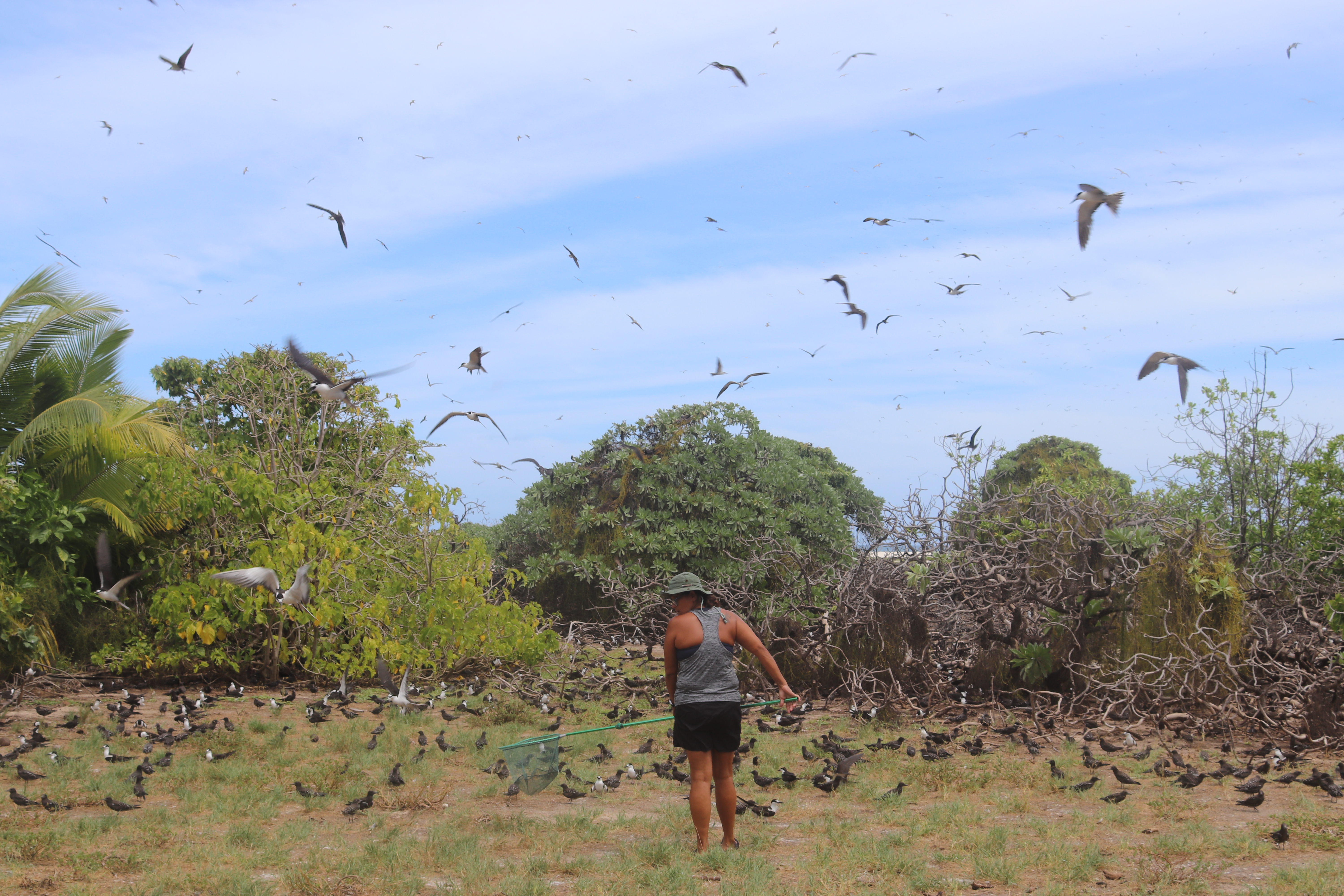 Christine, felt that having grown up with boys and worked in a garage as a panel beater, she has never felt that gender was an issue in the different roles that she undertook. On the other hand, Joana indicated that she did not think her gender affected her from being able to access conservation roles and confirmed that even more recently, there are still more women enrolled in conservation and conservation-related courses at University. However, out on the field could sometimes be a different experience. She indicated that it was more acceptable for a man to patrol the beaches alone (when in her view no one should patrol the beach alone) and pointed to an instance where, the male was more likely to access training than female counterparts even though he was the least likely to stay on to take conservation as a long-tern career path. She indicated that local community engagement could sometimes be challenging because of the religious and cultural differences where she felt she was treated differently for being a woman.

The three ladies chose their careers and have never looked back! Rachel indicates that there are many opportunities for scientists and conservation as there are still knowledge gaps to be filled. In order to help a species, you have to understand them and learn how they respond so as to intervene effectively. That said, all ladies noted that there is a pay discrepancy but that is outweighed by the job satisfaction of doing what you love and what makes you happy. Still, passionate people should not be taken for granted, just because their passion are the drivers and therefore, more likely to take a lower pay.

Rachel urges young people to take on higher level of academic education – do not stop at an undergraduate degree. Opt for a Master or a PhD (probably best later on in life). It doesn’t mean that having more academic qualifications automatically means that you have to opt for an office job! It means that you can do the field work better! 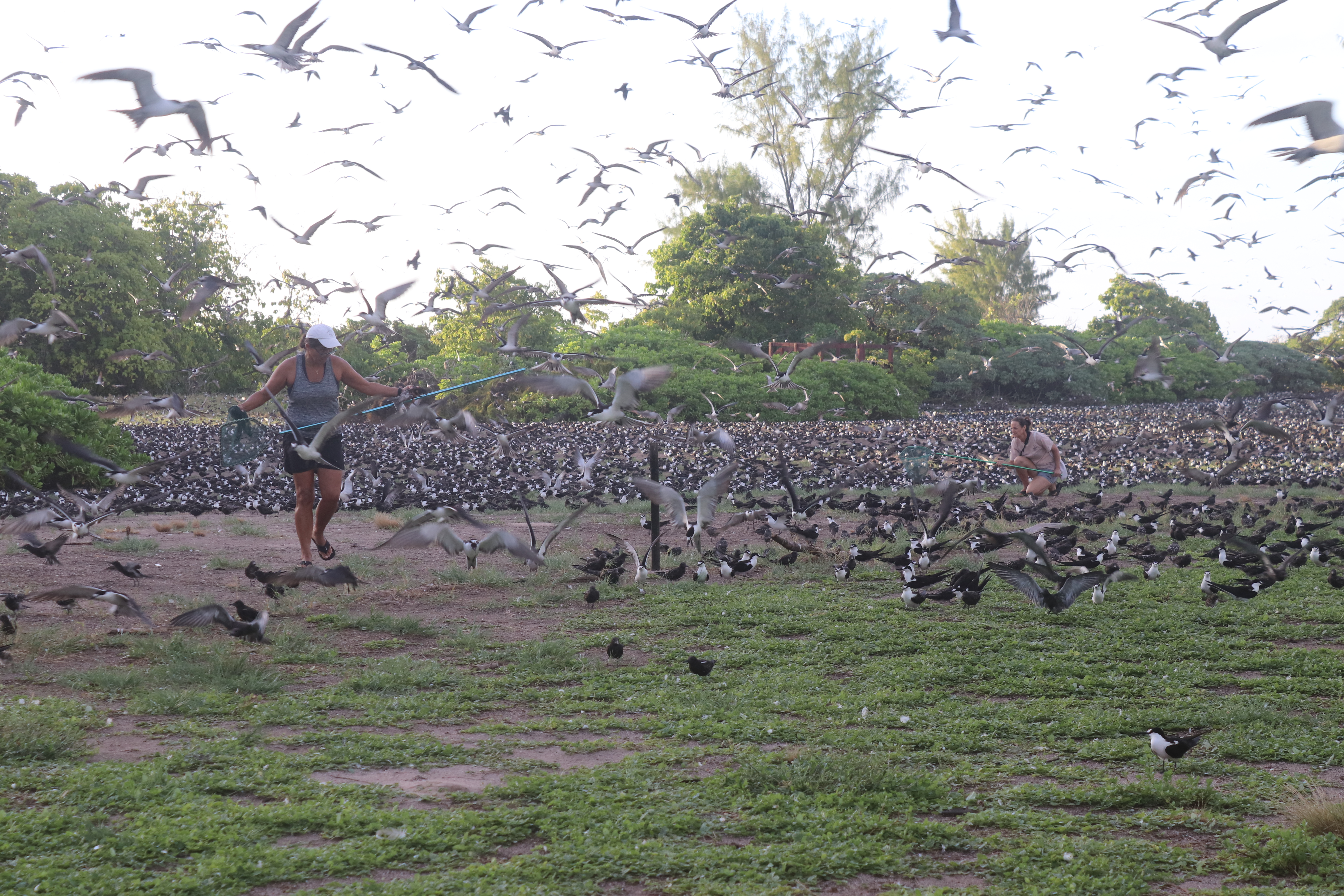 Gender equality remains a priority for SeyCCAT. All grantees are asked to report on gender and age to enable us to understand how many women, men, and youth benefits from our grants.