Green Islands Foundation’s “Baseline assessment of the marine biodiversity of Frégate Island” project is drawing to a close. Started in 2018, the final activity of this project was a presentation to the geography class for S4 students at La Digue School on 13th September 2021. Present at this virtual presentation were the partners of this project including, Frégate Island Private, University of Seychelles, Seychelles Parks and Gardens Authority, and SeyCCAT.

Frégate Island, the most Eastern inner island of Seychelles, is the most secluded of all Seychelles’ granitic islands. Frégate Island and La Digue are only ~25km apart, making La Digue its closest granitic neighbour. Considering that Frégate Island serves as a major source of seafood for La Digue, presenting the results of this scientific study to La Digue students was especially meaningful given the close ties, economically and geographically, between the two islands.  A vital component of effectively conserving and managing our marine resources is educating the youth and hopefully instilling respect and wonder for these fascinating, yet vulnerable, marine ecosystems.

Wilna Accouche opened the presentation showing some of the highlights of footage captured during the BRUV (baited remote underwater video) survey, one of the three techniques used to learn about the marine biodiversity surrounding Frégate Island. The footage included some intriguing species, such as the Grey reef shark (Near Threatened) and Tiger shark (Near Threatened), the Tawny nurse shark (Vulnerable), the Whitespotted wedgefish (Critically Endangered) and the Bowmouth guitarfish (Critically Endangered). While encouraging to see these threatened species, it does highlight the importance of conservation around Frégate Island at both a local and global scale.


The presentation was followed by Anna Zora, the Conservation Manager at Frégate Island Private, who provided the students with some insights into the island’s conservation activities, both on land and underwater. While Frégate Island Private hosts an exclusive luxury resort, its primary focus is conservation and restoring the island to its natural state. Anna highlighted some conservation successes such as the endemic Seychelles Magpie Robin: in the 1960s there were only 12 remaining birds on Frégate Island, the only surviving population in the entire world. Through dedicated hard work (such as eradication of rats and other invasive species) today there are ~213 of these birds on Frégate Island, and over 400 in Seychelles. Anna’s conservation work also includes monitoring and protecting Frégate’s marine life such as sea turtles, promoting sustainable fishing by facilitating networking between the fishermen and the local restaurants, and protecting the corals surrounding Frégate Island Private.


Next, Holger Anlauf, a coral expert, introduced the class to coral reefs and the importance of marine biodiversity. He gave the class some food for thought and interesting reasons on why corals are so fascinating. For example, coral reefs are the largest structures on earth of biological origin, taller than human-built buildings, and are even visible from space. Coral reefs are also incredibly tough and protect the shoreline against erosion and tsunamis – these reefs are thought to reduce the force of waves by 97%. Holger described how scientists monitor reef biodiversity using traditional methods (i.e., a visual census technique using SCUBA diving); the 2nd technique used in this project. Overall results from the reef surveys conducted in 2019 and 2020 around Frégate Island Private were optimistic, showing little change in fish and coral diversity, and possibly slightly higher invertebrate diversity in 2020.


Anna Zora continued her presentation, describing the Hydrographic Survey Technique conducted at nine monitoring sites around Frégate Island. The overall objective for this interesting, yet complex technique was to develop underwater maps around Frégate Island and develop 2D and 3D images of Frégate Island monitoring sites to help understand the underwater environment. Additionally, this technique is used to predict trends based on year-to-year monitoring re-surveys. The survey, commissioned to BlueNomads.Org Survey Philippines, comprised several work items including 1) bathymetry, 2) side scan sonar, 3) geophysical habitat mapping, and 4) photogrammetry & biophysical habitat mapping. These surveys produced some fascinating, detailed images! The results of the survey were particularly interesting since it was the first time such a state-of-the-art method had been used in Seychelles. 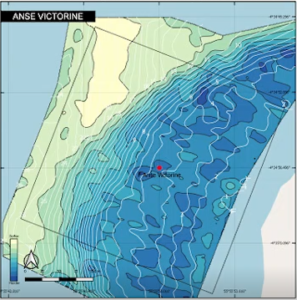 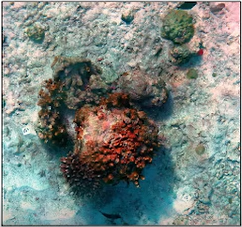 Such high-resolution images are a great way to share the underwater world with a broad audience, especially those who may not have direct access to the ocean.

Next, Stuart Laing from UniSey explained the purpose, strengths, and limitations of the BRUV survey and its methodology to the students. The focus of the BRUV survey is on fish: to estimate species richness (i.e., number of different species found at a defined spatial scale) and species abundance (i.e., the number of individuals per species). Additionally, the BRUV survey served as a complementary method to capture species that the diver surveys may have missed. Results from the survey showed a total species richness of 217, with a marked variation in species richness when comparing the different bottom types (e.g. sand bottoms had a species richness of 40, compared to coral reef bottoms, which had a far higher species richness of 198). These results highlight the importance of protecting various habitat types, which in turn protects species, and thereby builds resilience in these fish communities. Ultimately, tourism, as well as our food security are dependent on these fish communities flourishing.


Finally, Wilna concluded, summarising what we had learnt from this fascinating presentation. After a few insightful questions from the students, the presentation ended. The audience was left with a better understanding of this marine environment, and the importance of research and sharing knowledge

“It was wonderful to see images of such rare species and the impressive species diversity at Frégate Island, and to learn about techniques used by scientists in assessing marine biodiversity. Protecting and conserving our biodiversity is vital for sustaining life on planet Earth, and therefore there is great merit in protecting Frégate Island’s wildlife.”