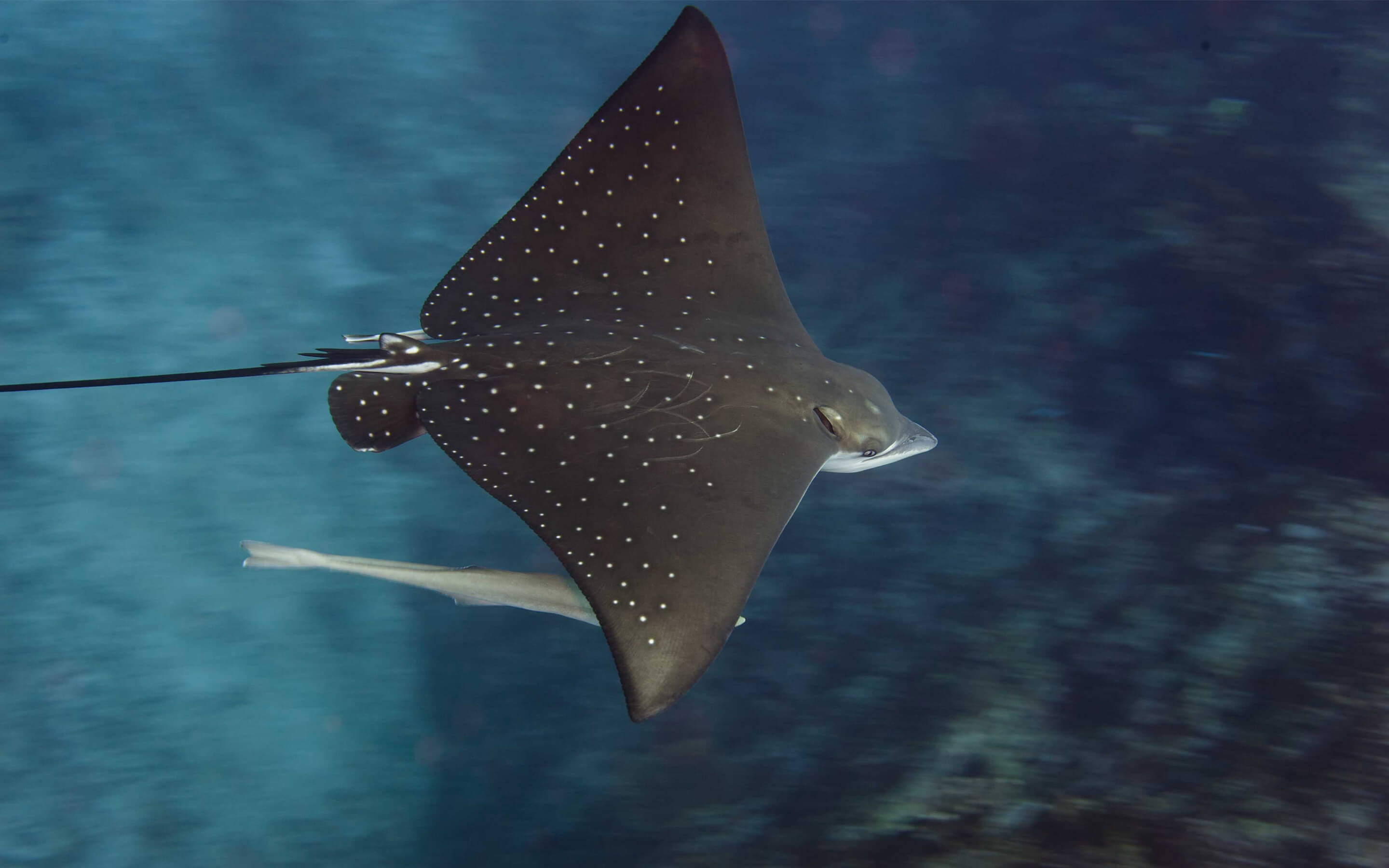 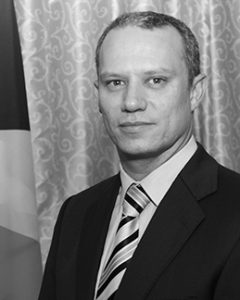 Mr Jean Paul Adam is the Director of Technology, Climate Change and Natural Resource Management Division of the United Nations Economic Commission for Africa. He was the former Minister for Health of the Republic of Seychelles. Prior to this, he was the Minister of Finance, Trade and the Blue Economy. In this role, he spearheaded numerous initiatives related to the blue economy dossier, notably the blue bonds initiative.  As the Finance and Trade Minister, he promoted the concept of sustainable growth and investment through diversification strategies which include the move towards an inclusive blue economy. In this period, he was also the founding chairperson of SEYCCAT. Between 2010 to 2015 Mr Adam served as the Foreign Minister where his active involvement in the Blue Economy dossier started, including through mobilization of global support for the debt swap initiative and the creation of SeyCCAT.  In this role he also oversaw Seychelles’ active engagement on the international arena through advocacy on behalf of Small Island Developing States, taking the lead on sustainable development, in the fight against climate change as well as in the fight against piracy in the Indian Ocean. As Foreign Minister, he has chaired the Commonwealth Small States Ministerial Committee and has also been chair of the World Bank Small States Forum between 2015 and 2016 as Minister of Finance. 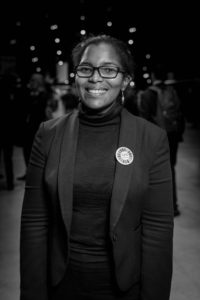 Angelique has always had a passion for advancing the sustainable use and conservation of our oceans. She was born and grew up in a fishing district, Bel Ombre, in Seychelles where she gained a firsthand perspective on the critical importance to preserve marine resources. Angelique is a lawyer (Seychelles and UK) and she holds an LLM in Environmental law specializing in the law of the sea and natural resources law. Also, Angelique is a trained climate change negotiator under the AOSIS Climate Change Fellowship Programme at the United Nations. Angelique has worked in different countries in the Caribbean, Pacific and the Indian Ocean on a wide range of projects relating sustainable fisheries, sustainable management of marine biodiversity within and beyond national jurisdiction, and climate change, in particular, climate adaptation and climate finance. Further, she served as a legal expert of the African Group of Sixth Committee in works of oceans and law of the sea at the United Nations. Moreover, Angelique has experience working with civil society as a co-founder and board member for not-for-profit organizations in Seychelles and abroad.

Patrick Payet, Secretary of State of the Ministry of Finance, Trade and Economic Planning and Investments of the Government of Seychelles.

Mr Patrick Payet is currently the Secretary of State of the Ministry of Finance, Trade, Investment and Economic Planning. Prior to taking over this role in April 2018, Mr Payet was previously the Principal Secretary for Finance from September 2013. He has an Honours degree in Accounting and Finance from the University of Manchester, and a Master’s Degree in Leadership and Strategy from the Institute of Public Administration in Ireland, obtained through the Seychelles Young Leaders Programme in 2009. He is also an ACCA affiliate.  Mr Payet has also held the post of Chief Finance Officer and Director of Financial Planning in the Ministry of Finance before his promotion to the positions of Deputy Comptroller General in 2009, and Comptroller General in January 2013. Mr Payet is also on several boards and committees within Government and working with the private sector on several reforms initiatives which include the Chairperson of the AML/CFT committee. 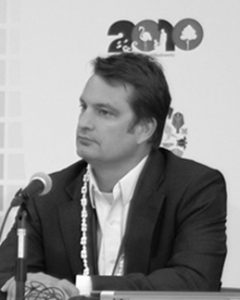 Mr Weary is in the process of establishing the Ocean Investment Fund, which will target impact investment opportunities to improve ocean health.  These investments will include debt for nature swaps, infrastructure investments (sewage treatment plants, etc.), and other similar Blue Economy investments. Before establishing the Ocean Investment Fund, Rob worked for The Nature Conservancy (TNC) for nearly twenty-two years, leading an initiative to assist countries to finance debt-conversions to fund marine conservation.  The first such debt-conversion (approx. US$22 million) was concluded in February 2016 with Seychelles.  Subsequently, Rob developed additional debt-conversions totalling over $2 billion with several countries across the globe in the Caribbean, Latin America, and Africa. 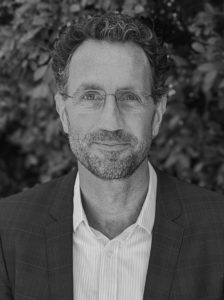 Adnan has a Masters in Conservation Biology and a PhD in Marine Biology from the University of Cape Town. He has over 20 years of experience working on issues of ocean conservation throughout Africa and the world. In recent years, he has been working on emerging challenges related to ocean governance, maritime biosecurity, protection of biodiversity in areas beyond national jurisdiction, and the development of marine spatial planning approaches to facilitate a balanced and sustainable blue economy. In May of 2020 he joined The Nature Conservancy as the Africa Oceans Strategy Director. 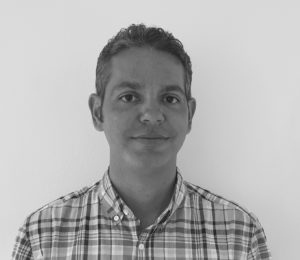 Daig Romain is the Project Manager on the ‘Protected Areas Finance project’ an initiative being undertaken by the Government of Seychelles, with financing from the Global Environment Facility and support from the United Nations Development Programme.

He has accumulated over 14 years working in environmental conservation, and for the last 4 years, he has been working directly with the many environmental NGOs and Authorities to implement a range of activities aimed at securing the financial sustainability of the Protected Areas in Seychelles. 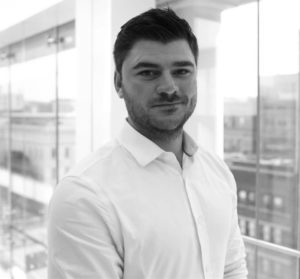 Thomas Hickey supports Pew’s protecting coastal wetlands and coral reefs project and is responsible for leading engagement with a range of stakeholders, including non-governmental organizations, scientific partners, government representatives and delegates within international institutions such as the United Nations Framework Convention on Climate Change.  Hickey previously led Pew’s government relations work in the United Kingdom, supporting projects across a range of policy areas, including fisheries and marine protected areas. His previous roles included public affairs manager at the Marine Conservation Society and as a consultant with MHP Communications. Hickey has a bachelor’s degree in politics from Durham University and a master’s in Environment, Society and Development from the University of Cambridge. 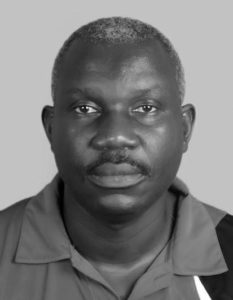 Arthur Tuda is the Executive Secretary of WIOMSA. Arthur joins WIOMSA from the Kenya Wildlife Service (KWS), where he served as the Assistant Director for the Coast Conservation Area, Kenya. He is a well-known expert in the region, particularly in the area of marine protected area (MPA) management where he has been a strong proponent of using science to inform management. Through his efforts, MPAs are now using the information generated from various scientific monitoring regimes to set indicators for the assessment of their management regimes. 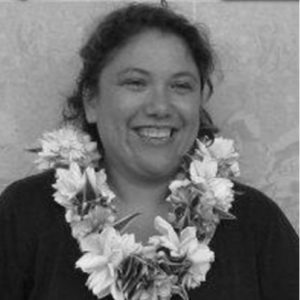 Kate Brown is the Executive Director of the Global Island Partnership, a platform that enables island leaders and their supporters to take action to build resilient and sustainable island communities. A passionate advocate for islands and island people, she has created innovative and effective leadership networks and partnerships within island regions and across the globe. She is an expert facilitator who connects leaders at all levels to share knowledge and take action on island sustainability. She champions the concepts of resilience, blue and green growth in island context and has built a diverse stakeholder base that is influencing future decision making in island sustainability. She has led the Global Island Partnership into an impactful, influential and truly global organization with a diverse membership of government, NGO, multilateral, business, scientific and community stakeholders around the world. She has developed networks among island leaders at the national and community levels that extend across entire oceans and connect island regions to one another. A trusted strategist and adviser on island solutions and island leadership besides GLISPA she was an Australian Youth Ambassador in Fiji, has worked at the Secretariat of the Pacific Regional Environment Programme in Samoa and the West Australian Department of Agriculture in catalysing significant solution identification and change.