Gender and Ocean in Seychelles: A Mixed Bag of Nuts? 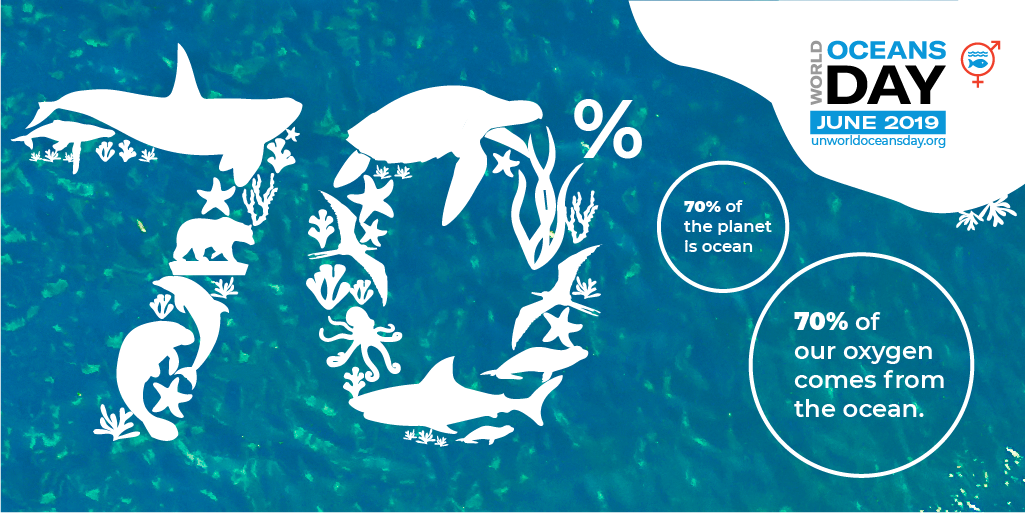 I have been privileged to have had the opportunity to work on various projects with gender-focused Non-Governmental Organisations (NGOs) in Seychelles. Entreprendre au Fėminin Ocėan Indien (EFOIS), Alliance of Solidarity for the Family (ASFF), Women in Action and Solidarity Organisation (WASO), Gender and Media Plus (GEMPlus) and the Gender Commission of the umbrella organisation for civil society in Seychelles, the Citizens Engagement Platform Seychelles (CEPS) all seek to empower women; some in socioeconomic fields and others in social and health ones.

As a male working with these civil society organisations and the Ministry of Family Affairs, especially the Gender Secretariat, it has also been a privilege to glimpse into the lives of women at different stages of human and personal development. Some women are already go-getters and leaders. Others seek to be guided and led. Still others need a helping hand.

The drive for a better life

But all seek improvement in the quality of their personal, social, economic life.

The drive for a healthier self and family, a safer and secure neighbourhood and a society with more opportunities for women and girls is strong and persistent. It is the motor that pushes all these persons to get involved and truly get their hands dirty in the daily struggles for a better world.

So, why then is there so few women and girls engaged in the economic sector surrounding the ocean that constitute over 1 million square kilometres of our territory? Apart from tourism and offshore sectors, this is also our bread and butter. Speak of fishers, we speak of men. Mention boat owners, we are referring to men. Talk about value addition in fisheries, we are automatically picturing men and boys.

And yet, women are ever present and indeed dominant in the management sector of oceans. The Chairperson of the Board of the Seychelles National Parks Authority who manages some of the Marine Protected Areas is a woman. So is the Chief Executive Officer of the Island Conservation Society (ICS), an active NGO in environment protection linked to oceans.

The plots thickens… The Policy Analysts of the Ministry of Environment, Energy and Climate Change are mostly young women. The Principal Secretary of the Blue Economy Department was a woman until recently. And the head of the Blue Grants disbursed by the Seychelles Conservation and Climate Adaptation Trust better known as SeyCCAT is a young woman.

What does it all mean?

Men do the heavy labour? And historically, possess most of the capital for investment?

More can be done beyond having a few highly visible and successful women sitting at the high tables of decision-making. Oceans and its consequent Blue Economy need to be even more inclusive. It is indeed in the economic sector that the presence and engagement of women and girls is absolutely vital. A few women employed on the ferry service to Praslin and La Digue, serving drinks and snacks, and throwing away puke, is not enough. A few female students graduating annually from the Maritime Training Centre is progress but it remains insufficient.

But what more can be done?

Springing from the starting block

Begin early. In primary schools, when young minds are formed and nurtured, Seychellois girls must be fired up about doing well and even excelling in mathematics and science. In secondary schools, young minds must be given further encouragement to shine in so-called STEM subjects, i.e., Science, Technology, Engineering and Mathematics, including marine and environmental sciences linked to the sea.

Young minds must be open to the idea of creating one’s own and society’s wealth by venturing into business. Women and girls must see themselves as entrepreneurs and business-owners rather than mere employees of others.

Fanning the flames of entrepreneurship

Working with EFOIS, WASO and the Gender Commission has shown that even at the grassroots level, the entrepreneurial spirit is strong. Sisters want to do it and they want to do it for themselves. The spark is already there. That spark needs guidance, protection and encouragement to become a sustained, bright flame of belief in oneself, and seizing available opportunities to go further.

Women and girls will only be a meritorious and lauded half of the picture of Seychelles and its surrounding seas when they own businesses linked to fisheries and marine conservation. And they will be the unwitting champions for encouraging young girls to join them and pursue similar and far grander dreams.

When women and girls become captains of our inter-island ferries, fishing vessels and tankers rather than only stewardesses, when they are involved in more value addition work in fisheries and economic activities linked to marine conservation, then and only then will they have found, secured and keep their true place and meaning in Ocean. Until then, Women and Ocean shall remain a vacuous slogan – empty, meaningless and forgotten until next year’s slogan is selected and presented.

Seychelles can make “Gender and Ocean” become real. It can and it must – for the betterment of its own society, creating more gender equality and improving the quality of life of all its citizens.