The second project by the Green Islands Foundation, “Marine Biodiversity baseline assessment around Fregate Island, the eastern most Seychelles ‘Inner’ granitic island, seeks to collect data for an initial assessment of the coral reef assemblage and associated marine species, and assess trends over time by establishing a long-term marine monitoring program on Fregate Island comparable to the Global Coral Reef Monitoring Network (GCRMN) assessments and outcomes of the national program of marine monitoring standardized by BERI.

The project started mid 2019 and marine surveys have taken place in both 2019 and 2020 with the last marine survey supervised by the SeyCCAT Secretariat.

What did they find?

The benthos layer of Fregate – the benthos is comprised of all the organism that live at the bottom of a body of water; and is thus, the lowest layer of the sea.  GIF has surveyed a total length of 280 metres and below the pie chart shows the percentage cover of different benthic categories. 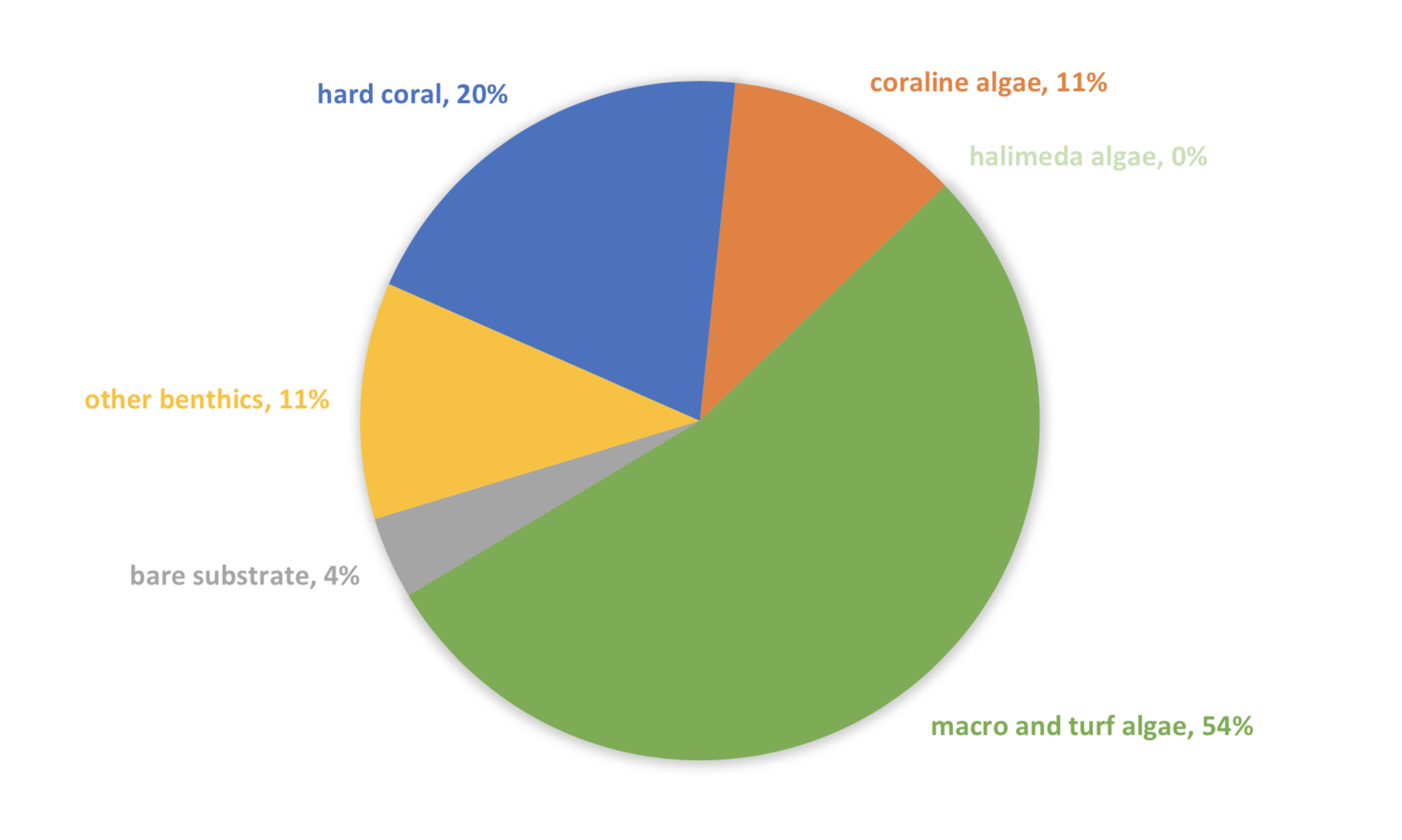 Corals are important to Fregate Island and they have undertaken coral reef restoration efforts. There is great variety to the coral cover around Fregate with some faring better than others. The team has surveyed a total area of 44 m2  and recorded 30 coral genera. 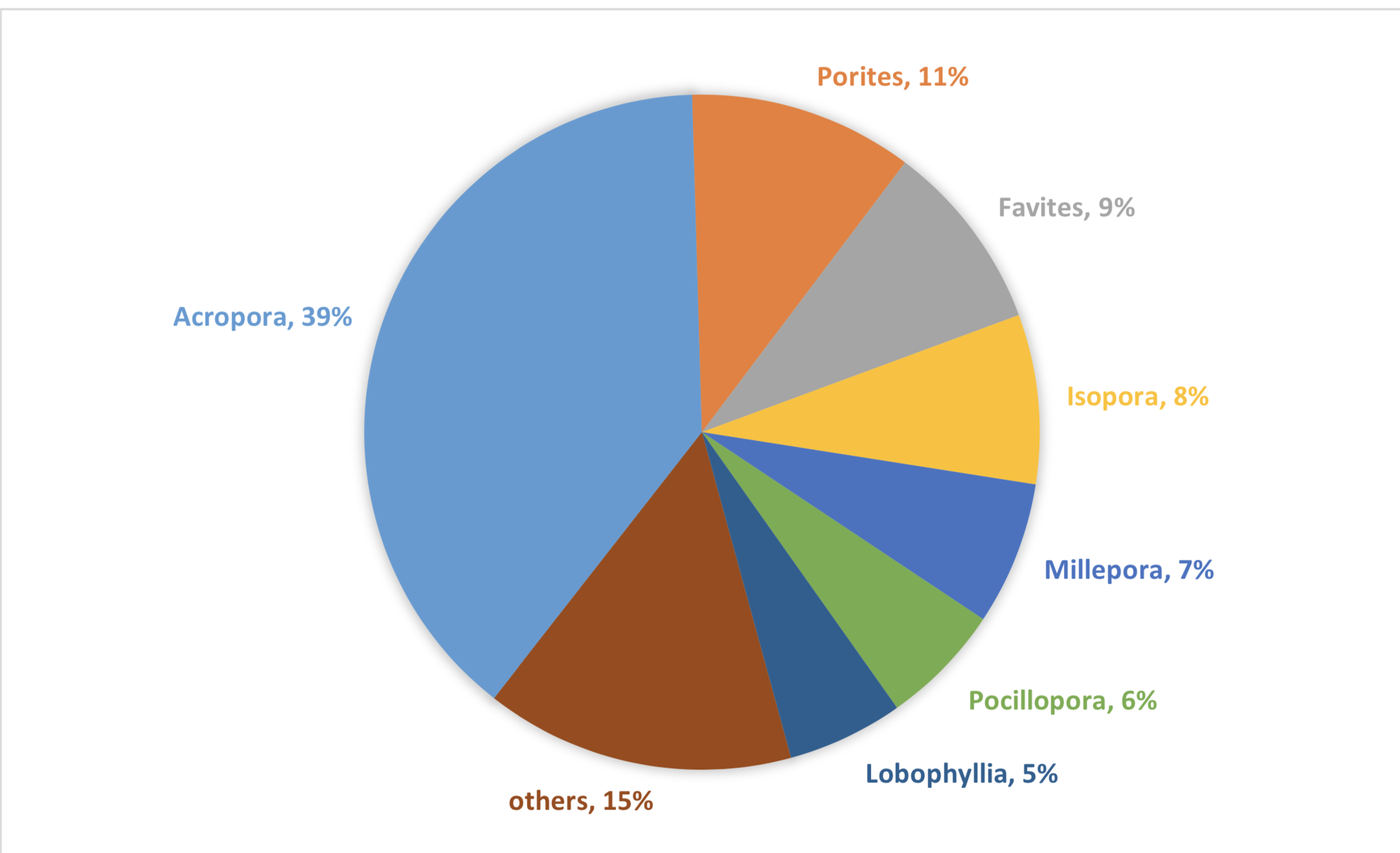 Percentage cover of the coral genera against total coral cover 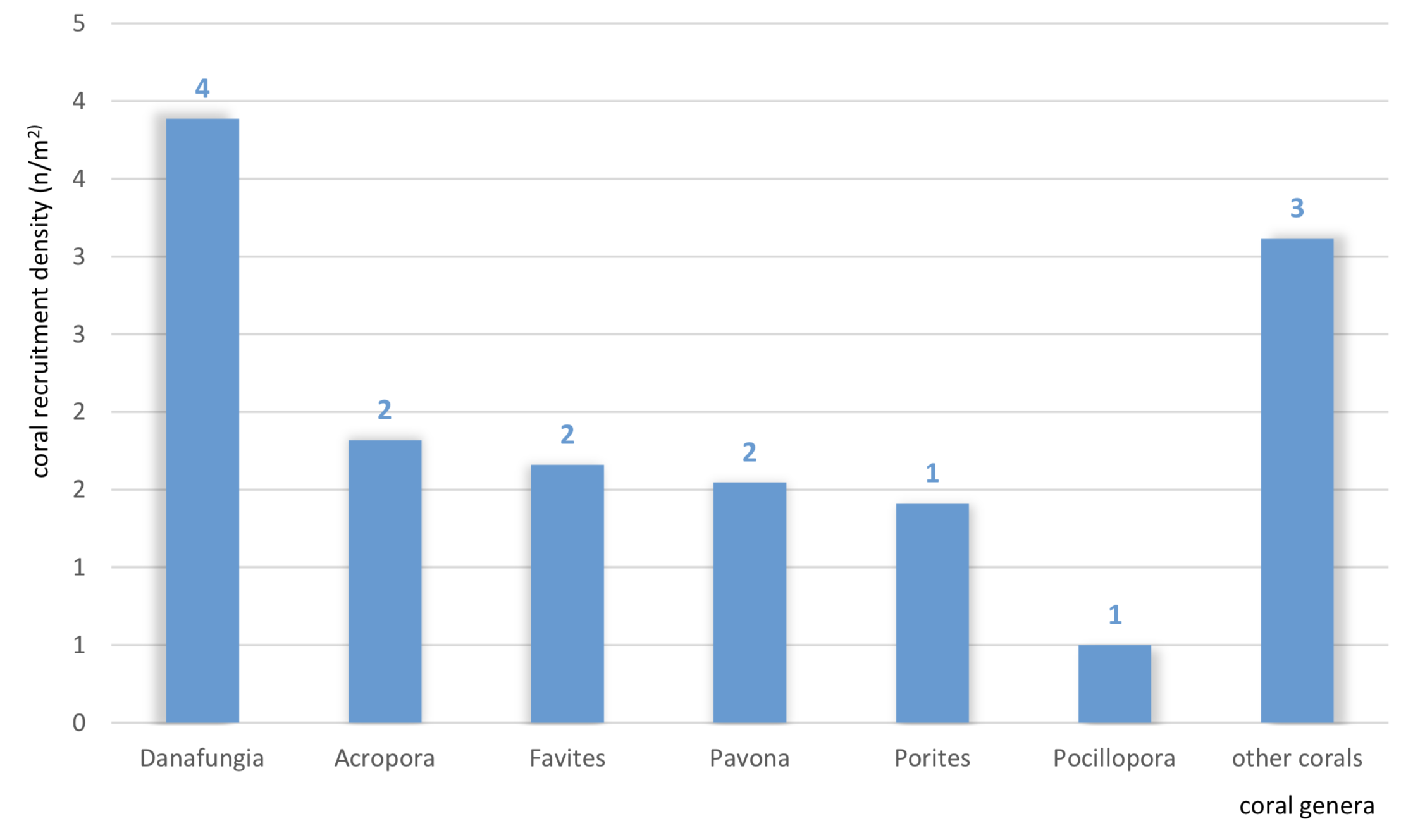 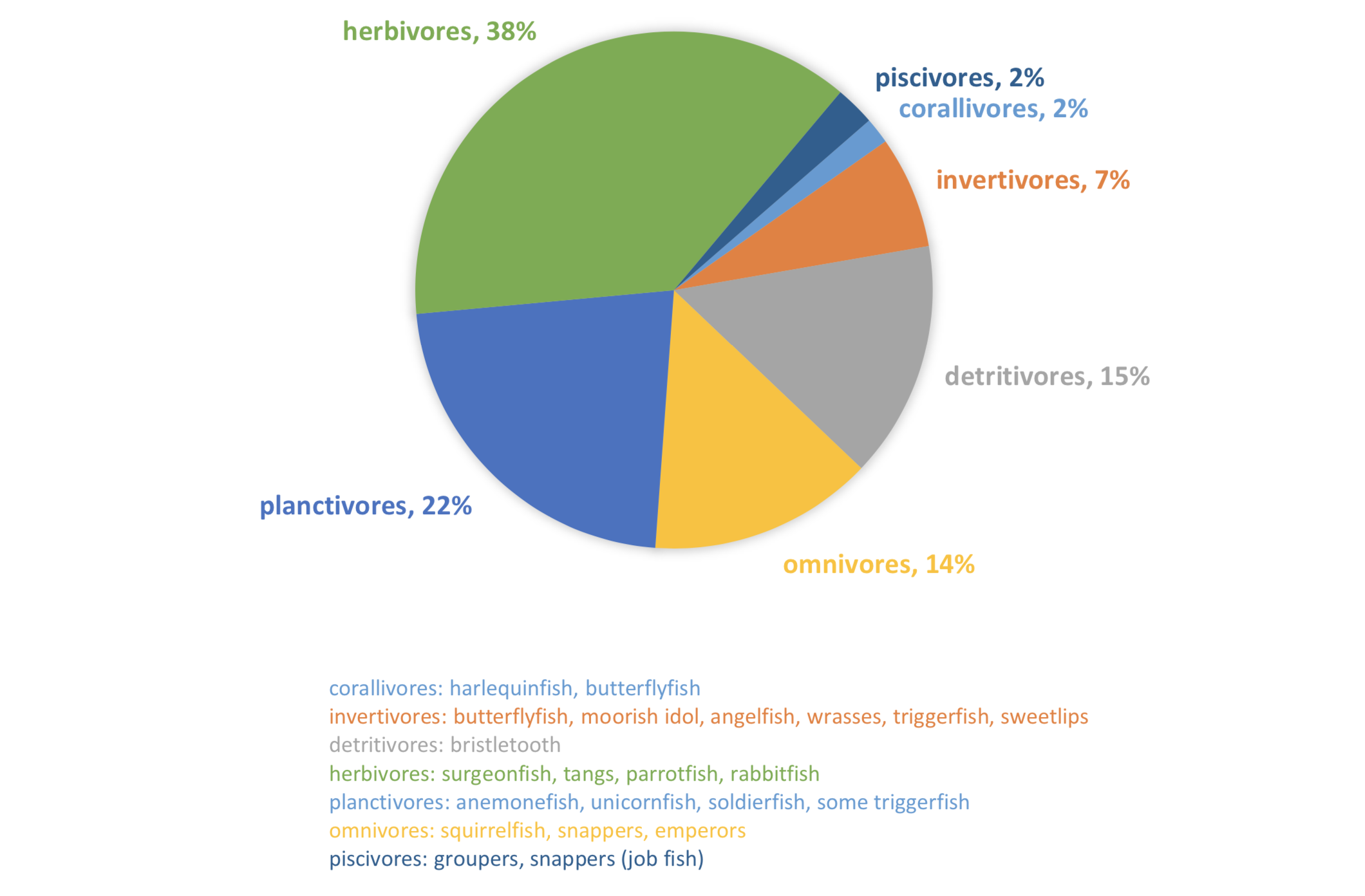 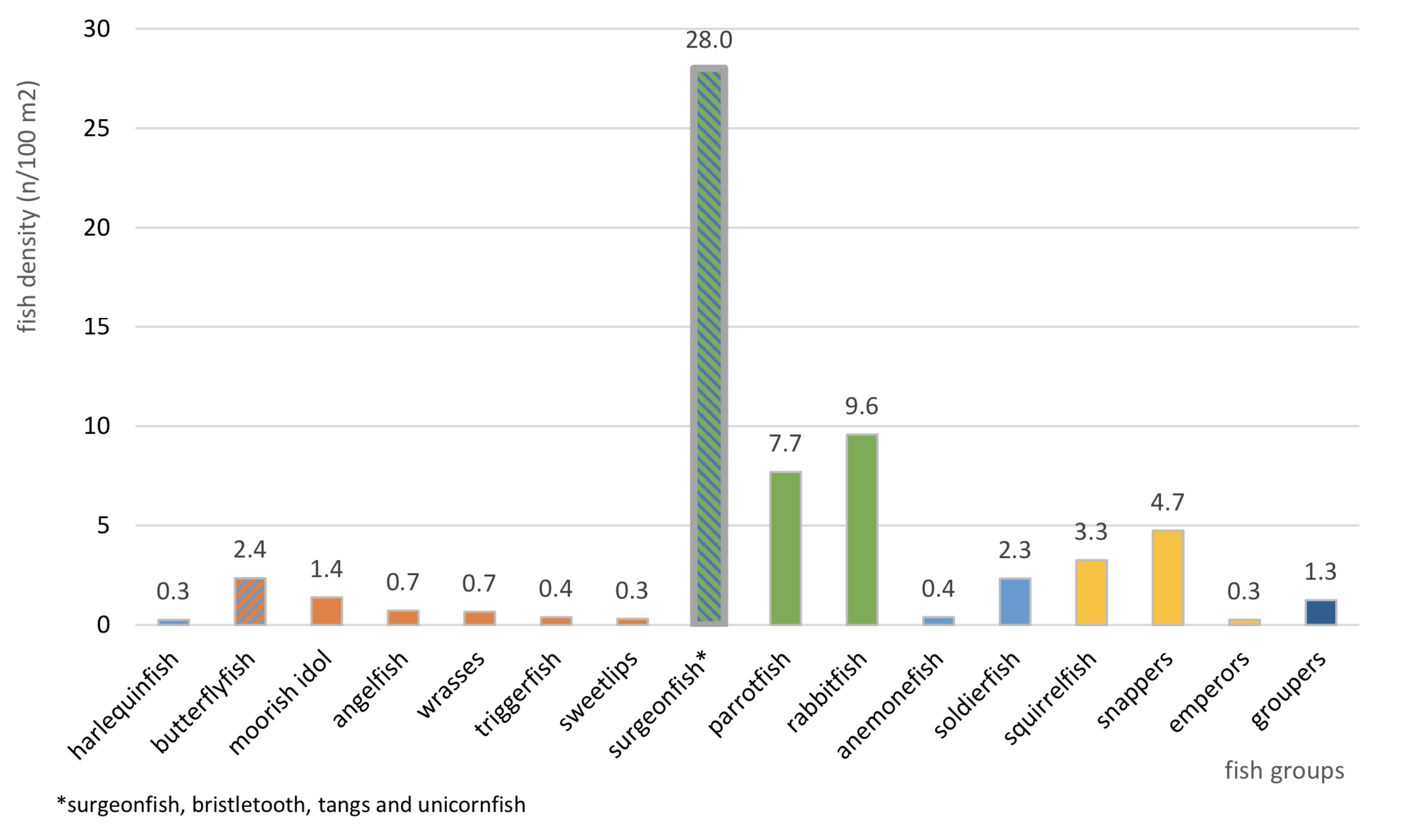 The surveys for invertebrates covered a total area of 2750 m2. 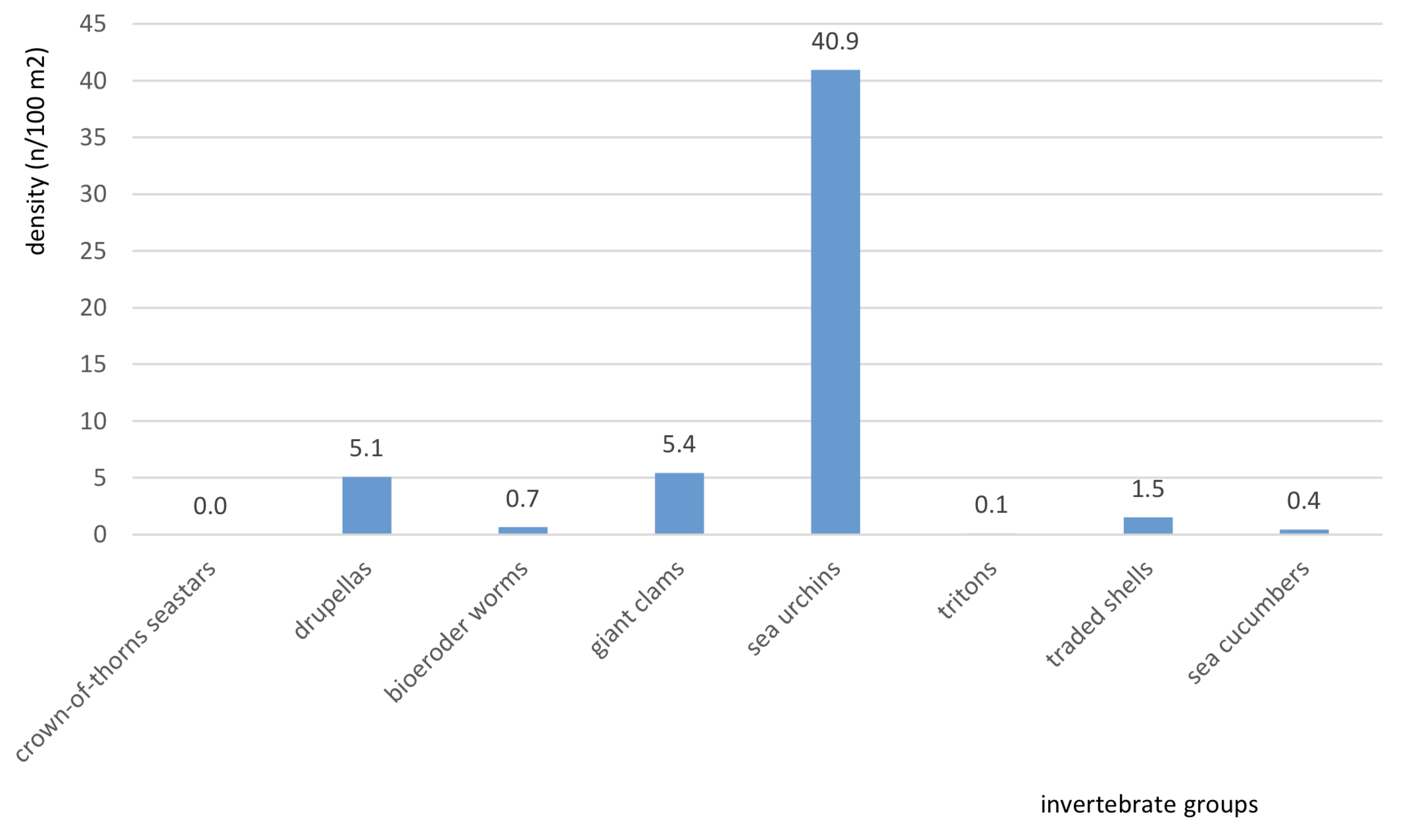 The marine surveys were disrupted by COVID-19 but this will now continue with the lifting of restriction of movement.