A promising future for Seychelles’ Seagrass

Coastal wetlands, along with other natural ecosystems, have slowly been fighting their way to the front of the line as allies in the climate change battle. Their contribution has, for far too long, been overlooked and underappreciated; partly due to a lack of data and understanding of the extent of their contribution.

Those excuses no longer hold.

Over the recent decade, as environment stakeholders shifted their focus to nature-based solutions and started paying more attention to coastal wetlands, the information and data gaps started narrowing. Today, there are numbers from monetary to populations unequivocally proving to us that our coastal wetlands are indeed worthy. There are also numbers that are a bit more complicated to calculate such as the value of their carbon intake, the value of erosion and flooding protection, and also that of reduced property and landscape damage.

Existing data on coastal wetlands barely scratch the surface of what we need to discover and understand. Few would dispute this.

Seagrass meadows have borne the brunt of the disregard for coastal wetlands. Mostly submerged under coastal waters, their lack of visibility delayed the interest of scientists, researchers and as a result, climate advocates and policymakers. Far more progress has been made worldwide on their neighboring mangroves and saltmarshes ecosystems. Despite being late to the party, however, they certainly joined it with a bang, with early research providing estimates and information which put them on par with their better-known counterparts. 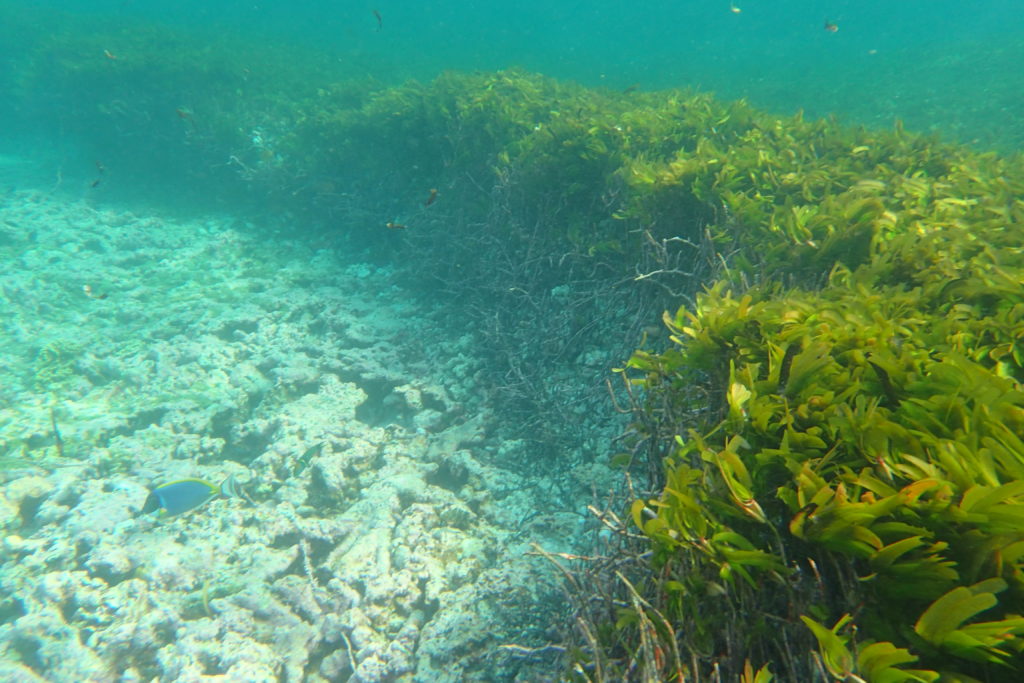 The performance and functionality of coastal wetlands differ from one country to the next. As such, data on one seagrass meadow in the Mediterranean, does not necessarily, and most probably unlikely enlightens Seychelles on its own underwater forests.

The Seychelles government, with the support of the Seychelles Conservation & Climate Adaptation Fund, donors and partners, kicked off 2020 with a commitment, under the umbrella of the Coastal Wetlands & Climate Change project, to learn more about the oceanic state’s seagrass meadows. An exercise that has paid off as seagrass now features in its 2021 updated National Determined Contribution in both its mitigation and adaptation efforts. 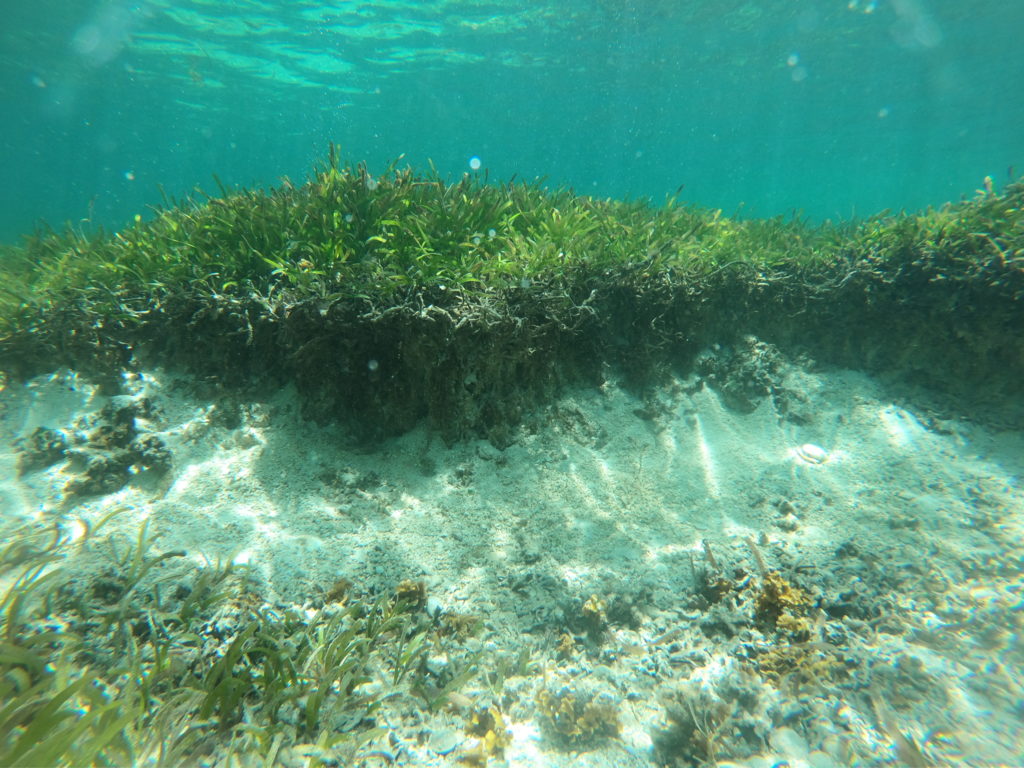 Perhaps the best way to illustrate the country’s disconnect to its seagrass is its absence in the official creole language. It had no name and was often misidentified as seaweed. A national campaign in 2021 changed this by calling on scientists, fishermen, policymakers, and the general public to propose names. At the time this blog is being written, a shortlist is being reviewed to send to the Creole Institute where a word will officially be institutionalized into the creole language.

The community engagement aspect of the Coastal Wetlands and Climate Change project is crucial in empowering Seychellois to be custodians of their seagrass wetlands. The exercise also included awareness-raising on the various services derived from seagrass so that the community can foster an informed appreciation of the necessity to have seagrass as an ally in adapting to climate change and building resilience.

In a poetic sense, it could be argued that the nation has been mobilized to support its Government in ensuring the protection and management of its entire seagrass (and mangroves) coverage. By 2030, Seychelles wants to have 100% of its coastal wetlands under protection. The UNFCCC wanted bold and ambitious commitments and Seychelles delivered.

A mapping exercise, the start of which has been delayed due to the covid-19 pandemic, is expected to kick-off before the end of the year to determine the coverage and carbon storage capacity of Seychelles’ seagrasses. Despite covering very little landmass (455km²) the islands of the Seychelles archipelago are surrounded by close to 1.4 million km² of ocean. Investing in research and data collection into the ocean and coastal wetlands is a matter of great importance to Seychellois. Seychelles is making this point very clear by being the first nation to take on this endeavor.

To be more precise about what does our seagrass wetlands do for us, we need to know how much of it grows in our waters, what species we have and in turn what biodiversity do they support, protect and nurture. That would be, but only, a start.

The information that will be collected in the mapping exercise will provide the basis and guidance for much further research to understand the full extent of the benefits we receive from our seagrass meadows.

While SIDS like Seychelles which tend to be net carbon sink countries that find themselves on the frontline of the adverse impacts of global warming fly the adaptation flag a little higher than the mitigation one, we still have much to contribute in the climate mitigation dialogue – from a nature-based angle of course.

As mentioned earlier, with data and information gaps continuously narrowing due to research, we now know that vegetation in coastal wetlands absorbs more carbon dioxide than its terrestrial counterparts. This information makes them a crucial carbon sink, and therefore a climate mitigation tool.

Work on this front is not new to Seychelles. A report, Blue Carbon research in the Tropical Western Indian Ocean by the Blue Carbon Lab in partnership with the James Michel Foundation, Deakin University, and SeyCCAT, was published earlier the year highlighting the geographical gap of blue carbon datasets in Seychelles’ waters. Seychelles is hoping to add to the global data on carbon sequestration with the findings of its seagrass mapping exercise.

Not bad for a country that takes up the space of a dot on the world map.

The world (or the parts of it that pay attention to marine conservation matters) knows that Seychelles means business when it comes to advocating for the ocean. Long before 30% was associated with ocean protection, Seychelles was already focusing its efforts on this target. And yes, we did it. In 2020, eight years after it told the world it planned to increase its marine protected areas from 0.04% to 30%, it gave the world feedback – mission accomplished. (To note, this was the result of the Seychelles Marine Spatial Plan, an output of the award-winning debt-for-nature swap co-designed by the Government of Seychelles and The Nature Conservancy.)